The Darien region is an area located on the border of Central and South America that has historically functioned as a natural barrier between both subcontinents. ‘Darién’ is an audiovisual, ecological and contemplative exploration of such rainforest, developed with the aim of reflecting and extending the relationship between the human and the non-human, seeking to raise awareness about the environment and assume the importance of memory and recognition of the territory before its constant transformation. 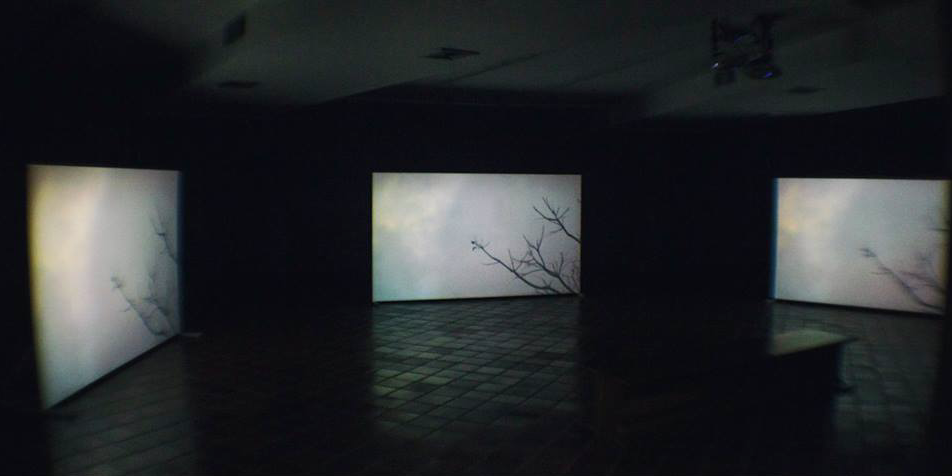 ‘Darién: Simbiosis” is an installation that proposes a poetic exploration of the territory and the ecological scales present in the Darien rainforest, highlighting especially the contrast between micro and macro life. The insect is here understood as a basic life form, miniature universe, micro-object, almost invisible atom between the jungle, grain between the cacophony, between vaster objects such as the sea and the sky. By contrasting both scales, is evident how a situation in which the most abstract and vivid, broad and minute forms collapse; a contrast between a minimum of information with the great opening of macro-cosmic events.

It is necessary to establish then in the jungle a mediation that tiles the microsonic and the macrosonic, the panorama with the pixel; the insect, as a minimal way of life in listening; and the sea, as the absolute form of a territory, as a hyperobject where fiction is no other than perceiving each form in its purity, in its transformation or in its mere image. Thus, on a micro scale, in sound terms, an exploration of the internal matter of the rainforest is proposed, contrasted to the most macro of the sonic environment: the sea, represented in silence and merely visual. An audiovisual reading of the (dark) ecology present in the Darién jungle is thhen approached, by suggesting, through deterritorialization and aesthetic play, a world open to the spectator, free of man as space inspector and apt for the speculation of new routes after the anthropocene.