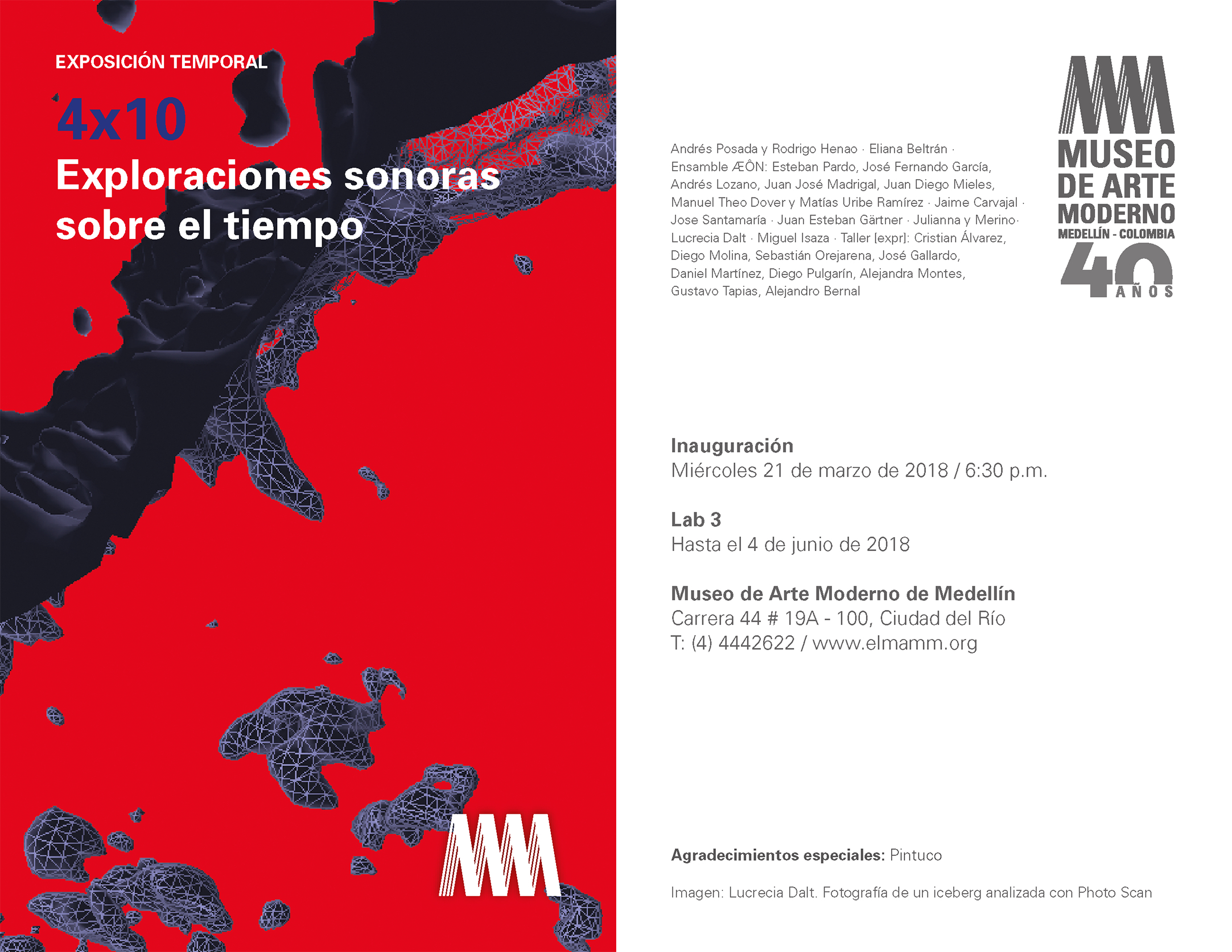 ‘Subscendencia‘ (Subscendence) is a piece that deals with the equanimity of the hour and the second. It seeks to explore the idea of containing large amounts of sound in small spaces of time and vice versa, using sonic matter as a cosmological element and aiming at listening as a speculative dimension. In this way the sound appears as malleable time that can be granulated in milliseconds, in sine waves or in elementary syllables. 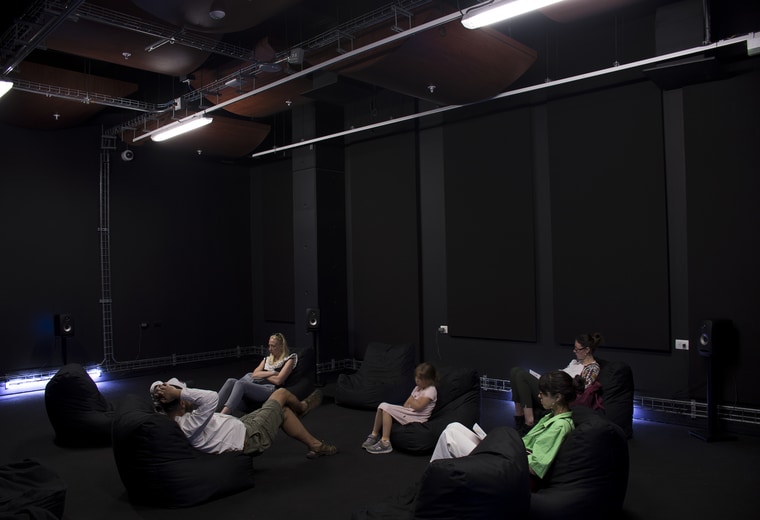